Covering some 54,000 hectares, more than 200 square miles, the Po Delta Regional Park (including the famous Comacchio Lagoon) is one of Europe’s greatest wetlands. Here on Italy’s northeastern coast, at the mouth of the river Po is a vast and biologically rich area of natural waterways, marshlands, lagoons, flooded forests, pine woods, and coastal dunes.
These habitats are famous for their spectacular bird life, comprising more than 300 species, attracting birders and ornithologists at every season. Drawn by the opportunities for food, shelter, and breeding, huge numbers of birds frequent the area’s wetlands, both freshwater and salt, creating a true paradise for photographers and birders.
Among the many notable species found here are Ferruginous Duck, Glossy Ibis, Pygmy Cormorant (at its westernmost European outpost), Collared Pratincole, Marsh Sandpiper, Slender-billed and Mediterranean Gulls, Gull-billed and Whiskered Terns, Short-eared Owl, and Bearded Reedling.
The ten thousand Greater Flamingos in the area raise some 2000 chicks every year. The delta is also renowned for its 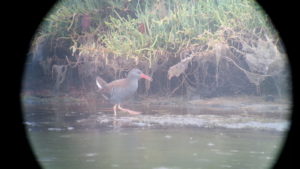 large colony of Red-footed Falcons, and it is one of the most reliable sites in Europe for Lesser Crested Tern, along with the largest European colony of Little Terns.
The “Delta del Po” is easily reached from Venice, Milan, Ferrara, Ravenna and Bologna.