Birding Sicily – birding in the heart of the Mediterranean

Sicily is one of the most fascinating regions of Europe. This wild island is the largest of the Mediterranean Sea. It is a superb destination for those who look for a combination of great birding, culture and cuisine. There are few places in the world that can rival the nature, history, archaeology, art and culture of Sicily. The incredible Mediterranean seafood, the endemic island wines, and the fascinating archaeological wonders will make a trip in Sicily an adventure you will remember forever. You may be led to assume that Sicilian nature can’t be yet another strong point – but you 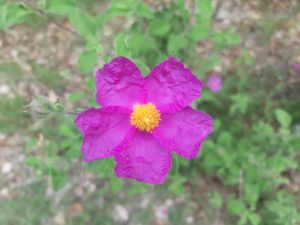 ould be wrong. The island boasts and extraordinarily varied and beautiful landscapes that are dominated by the immense smoldering cone of Mt Etna, Europe’s biggest volcano. You can find plains, gorges and mountain ranges, a series of wetlands varying from small lakes to expansive marshes, lush forests and a countryside rich of vineyards, orange orchards, olive and almond groves. Sicily has one of the best-preserved and wildest coastline in all the Mediterranean.
The position of Sicily, together with its large size, makes it a stepping stone for many of the migrant birds moving between the continents of Africa and Europe, from waterfowl and songbirds to raptors.  In spring and fall vagrants are found every now and then! Sicily hosts some rare species as the Lanner falcon, the Bonelli’s Eagle, the Egyptian Vulture, the Collared Pratincole and the Purple Swamphen. It is also home to the Calandra Lark, the Audouin’s Gull, the Ferruginous Duck, the Spectacled Warbler, the Rock Sparrow and the Blue Rock Thrush. Sicily can also boast endemic subspecies as the Sicilian Rock Partridge and the distinctive Sicilian Long-tailed Tit. If you are looking for a perfect birding destination you should look no further.  The most impostant birding sites of Siciliy are easily reached from Palermo, Catania, Agrigento and Taormina.