I was born and raised in San Miniato, a picturesque town nestled in the Tuscan hills. I have always been passionate about nature and animals, from a very young age. As a teenager, I also developed a love for cinema and literature, studying humanities in Florence and then moving to Berlin to learn German. I stayed there for seven years, revelling in the city’s colourful, multicultural, and stimulating environment. There I fell in love again, but this time with cultural and 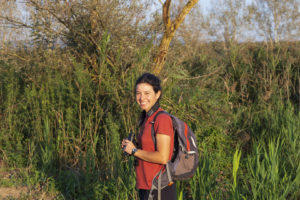 human diversity, hearing thousands of stories about people from all over the world. This brought it home to me how valuable, but difficult, it can be to learn about other cultures. As time went by in Berlin, I learned the language and got to know the people, managing to weave my way into the different layers of this vibrant city. I explored its boundaries and finally succeeded in perceiving its place within the territory, a territory made up of forests, lakes and rivers. A world brimming with water and greenery, where nature still runs wild and envelops that incredible concrete world built over it. I sought out the green to escape the grey and I happily noticed that it was there, in every corner of the city, and that there was lots of it! Like one Sunday in May when, playing football on the Tempelhofer Feld, I noted the continuous chirping of birds all around me and discovered that they were larks, nesting in the same field, just a few metres away, in an area protected for them. This was just one of the many occasions and encounters that brought me close to nature in the urban environment. I bought a small pocket book with illustrations of the most common birds, so 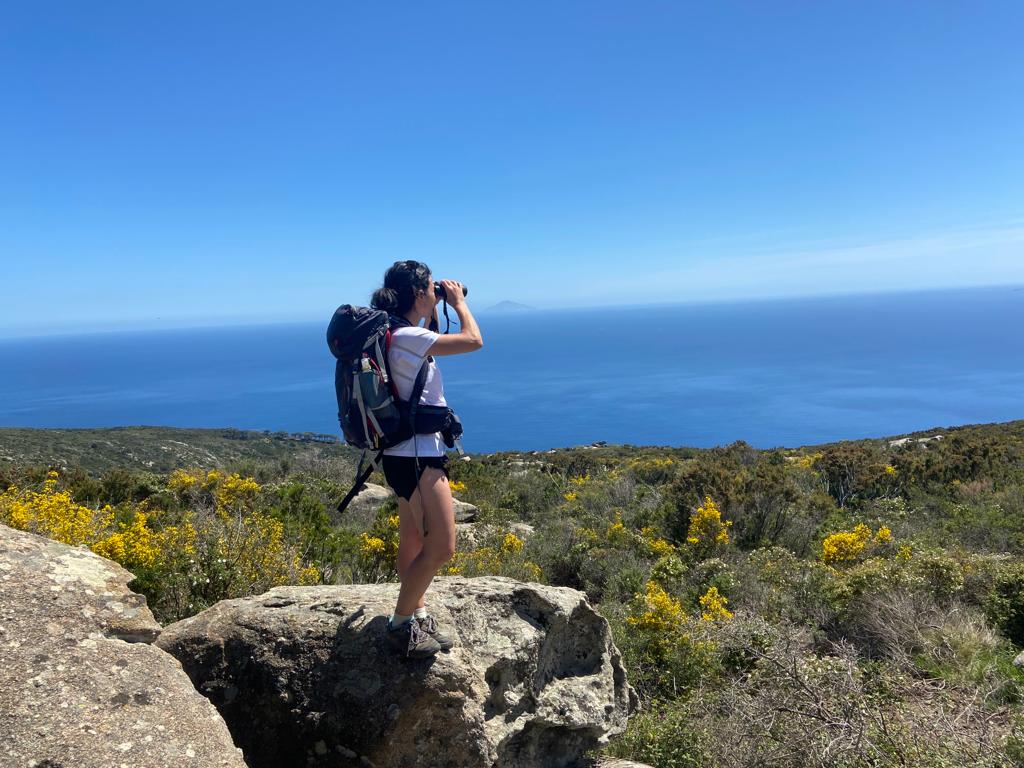 that I could start learning their names in German. I would take it with me and pore over it on the subway. And I discovered that in order to spot all the birds in the book in their natural habitat, all I had to do was go for a walk in the cemetery behind my house. So there, in parks, in cemeteries, disused airports and abandoned stations, the spark of my former interest in nature and birds, which I thought I had lost during the years of my humanistic studies, was lit once again. And this newfound passion influenced what I did next: I enrolled and graduated in Forestry at the University for Sustainable Development in Eberswalde, in the woods of Brandenburg. Then, once I’d completed my studies, I finally gave in to a strong wave of homesickness which drove me back to my beloved Tuscany.
Since 2018, I have been an environmental hiking guide, working in tourism and environmental education.
Now, I’ve learned so many stories and I’d love nothing more than to share them with you, by taking you on a tour, binoculars at the ready!