Sardinia is the second largest island in the Mediterranean. It’s very wild and rugged with breath-taking landscapes and crystal clear seas, some of the best in the Mediterranean.
A wide range of habitats can be found in this island: from the highest mountains of the Gennargentu to coastal lowlands with huge lagoons, and plunging coastal cliffs topped with the typical mediterranean maquis. Sardinia is home to the largest tracts of pristine Mediterranean Holm oak forests in the Mediterranean basin. It also has some of the wildest and most beautiful countryside in Europe still managed according to the ancient ways.
Sardinia is also a mystical land where the Bronze Age civilization left the famous Nuraghi stone towers and the equally impressive ‘giant’s tombs’ which are among the most impressive of European Megalithic buildings.
Sardinia is located on one of the most important migration route between Europe and Africa. Birds of prey pass through in numbers and several species of passerine appear on many coastal headlands.
This island has significant wetlands around where Flamingo breed in good numbers, and extensive areas of Mediterraniain Scrub which hosts Dartford, Spectacled 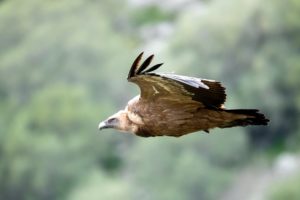 and the recently split Moltoni’s Warbler. The island hosts some species that have declined seriously or become extinct in other parts of Europe as the Griffon Vulture, the Little Bustard, and the Purple Swamphen other than two endemic species, the Marmora’s Warbler and Corsican Finch.
Sardinia has healthy colonies of some Mediterranean specialists, such as Eleonora’s Falcon, Audouin’s Gull, Yelkouan, Scopoli’s Shearwater and Slender-billed Gull. The most impostant birding sites of Sardinia are easily reached from Cagliari, Alghero and Sassari.